Who doesn’t love coffee and doughnuts, especially Krispy Kreme doughnuts.  How about coffee and cinnamon rolls?

Krispy Kreme has announced it’s launched its first-ever (and the best-ever) CINNAMON ROLLS … including one topped with iconic Cinnamon Toast Crunch! 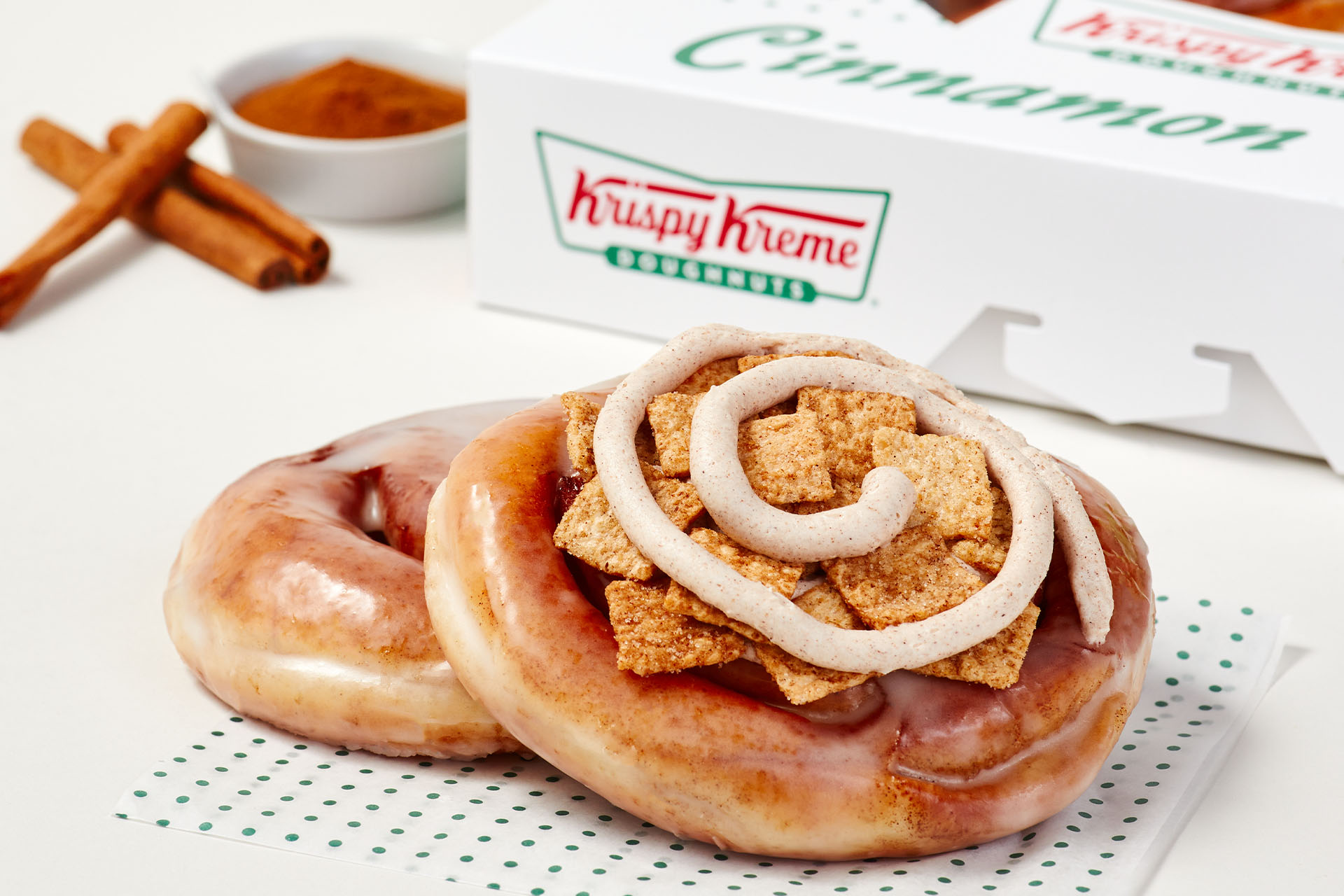 Beginning  September 27, for a limited time at participating shops across the U.S., fans can enjoy cinnamon rolls like never before – light and airy, hand-rolled to perfection and covered in Krispy Kreme’s iconic Original Glaze® – available two ways:

Krispy Kreme’s cinnamon rolls are available individually or in a special four pack, in-shop and online at participating locations.

Don’t forget, the chain is also giving all vaccinated customers a FREE donut every day for the rest of the year.

You can get free daily email updates of all the free and cheap events, plus deals and discounts on entertainment and dining, by subscribing to our daily newsletter on the right. For even more cheap fun, “like” us on Facebook and follow us on Twitter.