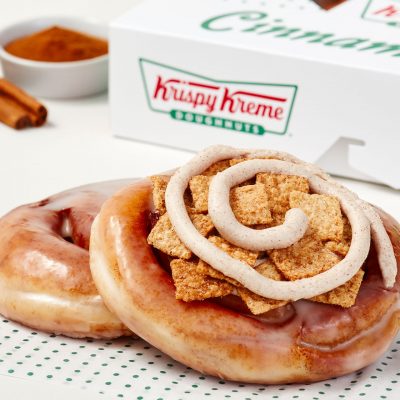 Who doesn’t love coffee and doughnuts, especially Krispy Kreme doughnuts.  How about coffee and cinnamon rolls? Krispy Kreme has announced it’s launched its first-ever (and the best-ever) CINNAMON ROLLS … including one topped with iconic Cinnamon Toast Crunch!  Beginning  September 27, for a limited time at participating shops across the U.S., fans can enjoy cinnamon rolls […]