The Las Vegas Aces  have won the WNBA Playoffs!

They’ve won their first WNBA Championship, against the Connecticut Sun, in Game 4 of the finals on Sunday!   This gives the city of Las Vegas its first major professional sports championship.

Head coach Becky Hammon is the first person in WNBA history to win a title in her first season as a head coach.  Way to go coach!

Congrats on finishing up a great season Aces! 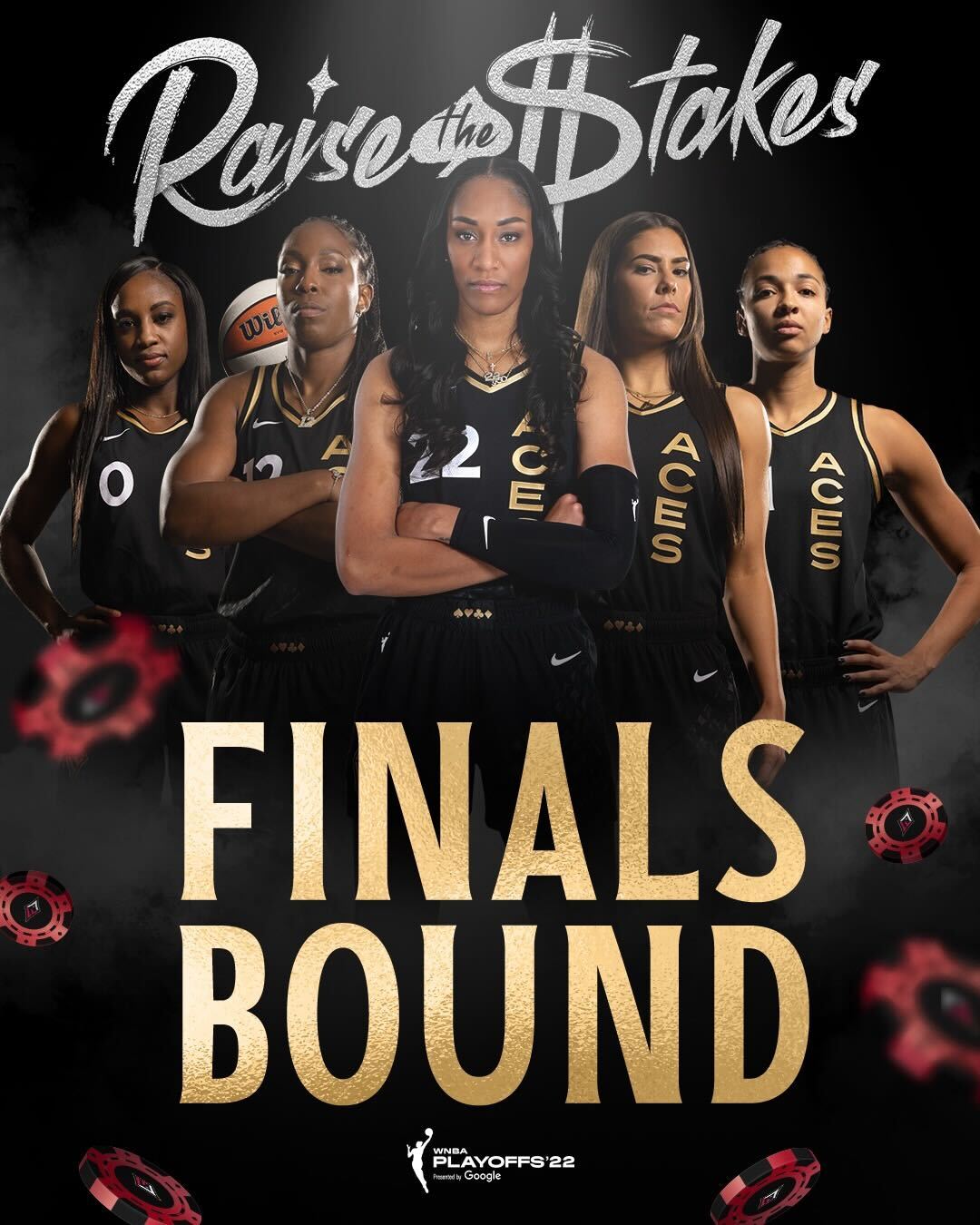 Your Las Vegas Aces head back to the finals with home field advantage and the series begins here in Vegas this weekend.   The first two games in the best-of-five series will be at Michelob Ultra Arena at Mandalay Bay beginning Sunday.

The Las Vegas Aces are once again the #1 seed in the WNBA playoffs.   You don’t want to miss watching this exciting team play!  We do possess the 2020 & 2022 WNBA Most Valuable Player, Las Vegas Aces forward A’ja Wilson,  as well as Aces guard Kelsey Plum, who was third in MVP voting.  The Aces are now coached by former WNBA star Becky Hammon, who was named Coach of the Year.

Check out the Las Vegas Aces as they begin their Finals run this weekend, looking for their first WNBA championship.  Tickets are selling out fast, but you can still grab seats for just $10.  You can check this link for tickets and game info, or follow them on Facebook.

You can get free daily email updates of all the free and cheap events, plus deals and discounts on entertainment and dining, by subscribing to our daily newsletter on the right. For even more cheap fun, “like” us on Facebook and follow us on Twitter.