The remainder of August and September have some good stuff coming up at the Smith Center.  These shows make great date nights and even gifts, so get out and get entertained.  You can check out their full event calendar here.

Zeppelin USA – An American Tribute to Led Zeppelin– A must see for Led Zeppelin fans, performing August 17th. Tickets range from $24-$52, showtime is at 7:30pm. 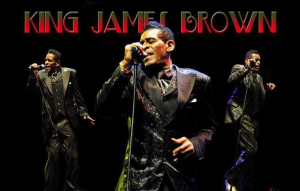 On Your Feet– The Emilio and Gloria Estefan Broadway musical based on the real life story of this ground breaking music making couple.  September 4th-9th, tickets range from $29-$127, and show is recommended for ages 8 and up. 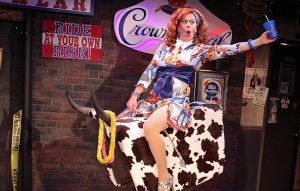 Dixie’s Never Wear a Tube Top While Riding a Mechanical Bull– In this hysterical, interactive one-woman show, Dixie swaps her Tupperware bowls for a mechanical bull as she shares hard-earned lessons from a night of drinking at her favorite honkytonk.  Content not suitable for children under 16.  Tickets range from $33-$44, and show dates are Tuesday, September 11th- Sunday, September 16th.

National Geographic Live: “Spinosaurus: Lost Giant of the Cretaceous”–  The true story of hunting dinosaurs in the Sahara Desert.  This National Geographic Live! Speaker Series is an entertaining, mulitmedia show featuring paleontologist Nizar Ibrahim as he recalls the adventures of his budding career, and they sound straight out of an Indiana Jones movie.  Friday, September 28, at 7:30pm.  Tickets range from $19-$49.

Kenny G– He’s one of the most iconic and best-selling instrumental musicians of all time, Kenny G takes the stage in Las Vegas to deliver his greatest hits that will leave audiences energized and renewed.  This will be his debut at the Smith Center, don’t miss it.  Saturday, September 29, at 7:30 pm.  Tickets range from $35-$99.

Check out these other date night posts and things to do in Vegas and don’t forget to sign up and get all these great deals straight to your inbox.

Discount movies at Cinemark on Tuesdays