Doughnuts make the world go round…. I mean, most donuts are round. Whether you like the round doughnuts, filled doughnuts, mini doughnuts, or other types…most people will agree that Krispy Kreme doughnuts are SO GOOD. Especially when they are piping hot! Krispy Kreme constantly offers new flavors, products, and special deals – and we’ve got the details for you.

Speaking of new and exciting,  NASA’s Perseverance Rover is scheduled to make an epic landing on Mars this Thursday, February  18th.  In honor of this thrilling event,  Krispy Kreme will give fans an out-of-this-world opportunity to celebrate as an epic Mars doughnut descends upon shops across the country – for one day only. 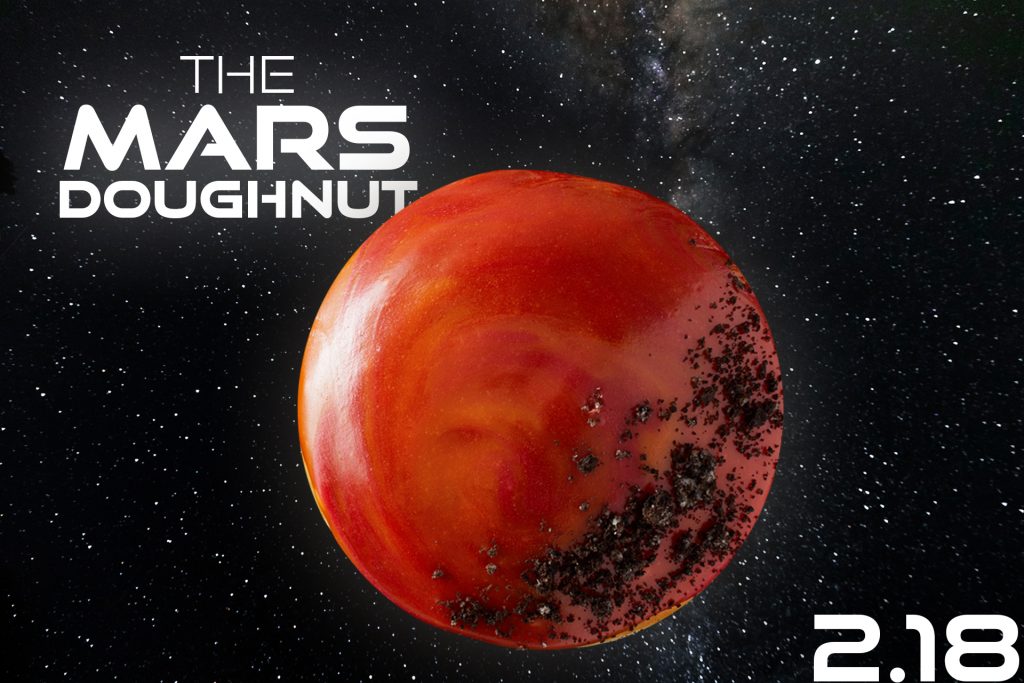 This Thursday, Krispy Kreme will celebrate this important day in space exploration with a discovery of its own: The Mars Doughnut. Designed to look like the red planet, the limited-edition doughnut’s looks are surpassed only by its deliciousness – a Chocolate Kreme-filled doughnut dipped in caramel icing with a red planet swirl and sprinkled with chocolate cookie crumbs.

In addition to toting the first-ever helicopter to be deployed on Mars, the rover also is carrying the names of nearly 11 million people who participated in NASA’s “Send Your Name to Mars” program. To celebrate these special space “travelers,” Krispy Kreme will give each one FREE Mars Doughnut on Feb. 18. “Travelers” can show their NASA-issued Perseverance “boarding pass” to redeem in-shop on Feb. 18.

You can get daily email updates of all the free and cheap events, plus deals and discounts on entertainment and dining, by  subscribing to our daily newsletter on the right. For even more cheap fun, “like” us on Facebook and follow us on Twitter.