3ICE is hockey’s newest member.  If you haven’t heard of it yet, it’s fast, it’s furious, and it’s 100% 3-on-3.   And for a limited time, you can grab BOGO tickets for the 3ICE Championship here in Vegas. 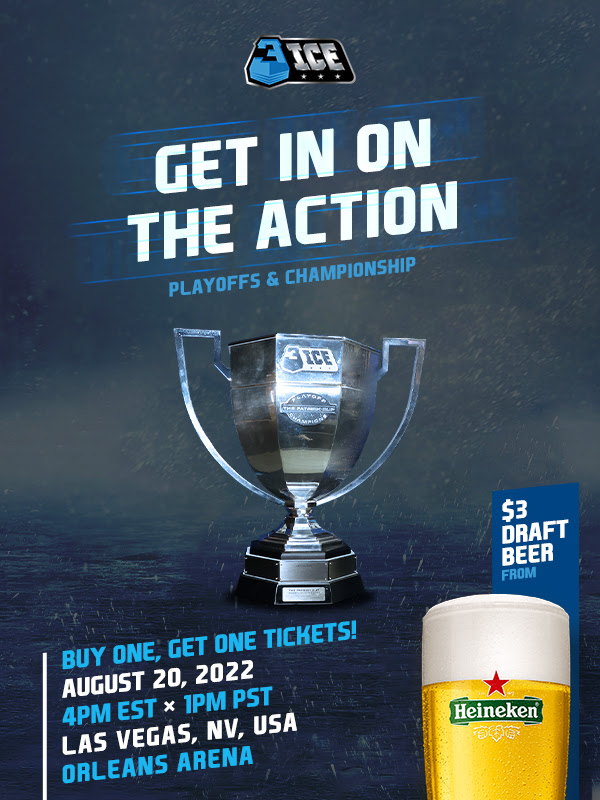 While this season’s tour stops are over, the 3ICE Hockey league’s inaugural season started in Vegas and will end with the Patrick Cup Championship game played here in Vegas at Orleans arena on August 20th at 1pm PST.

For a limited time, purchase one full-price ticket to the 3ICE Championship game and receive a second ticket at no charge. Hockey’s best served among friends and family, so don’t miss out on this special offer on this historic night.

3ICE hockey uses the 3 on 3 overtime format as their full-time format; 3 skaters plus a goalie for each team (Overtime all the time, baby!)

Games consist of two 8-minute halves with a running clock, only stopping for penalties and injuries.  There are 6 teams in the league, each with 6 skaters plus 1 goalie.

You can read all about the 3ICE hockey league, their rules, awards, and players at the link.