← Get Frosty for 50 cents at Wendy’s
Firehouse Subs: Get free sub with purchase Labor Day weekend →

Groupon has some amazing deals on upcoming concert tickets here in Vegas.  Check out these artists, and at these great prices, you can see them all. 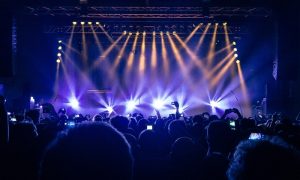 Peter Frampton –Pearl Concert Theater at Palms Casino Resort- September 2nd at 8pm.  Songs of his you’ve crooned along to on the radio, on movie soundtracks, and at live concerts: “Baby, I Love Your Way,” “Show Me The Way,” “Do You Feel Like We Do”.  Groupon deal tickets start at $30. Promotional value expires Sep 3, 2018. Limit 8/person. 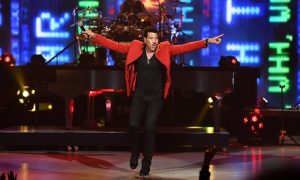 Lionel Richie– All The Hits Residency –  Zappos Theater at Planet Hollywood-  Doesn’t matter what decade your from, you gotta love Lionel Richie.  I have seen this show and it is phenomenal from start to finish.  One of only two artists in history to land #1 records nine years in a row, Lionel Richie has woven the fabric of modern pop out of such hits as “All Night Long,” “Hello,” “Dancing on the Ceiling,” and songs from his Commodore days such as “Three Times a Lady.”  (August 15–October 19) Groupon deal tickets start at $93.  Promotional value expires Oct 20, 2018. Limit 9/person.

The Australian Bee Gees – Thunder Showroom-  Performing essential hits such as “Stayin’ Alive” and “How Deep Is Your Love,” plus early classics such as “To Love Somebody” and “Holiday”.  Saturdays–Thursdays at 7 p.m. and Saturdays at 5 p.m. (Through December 31).  Groupon deal tickets starting at $36.  Promotional value expires Jan 1, 2019. Amount paid never expires. Limit 8/person. 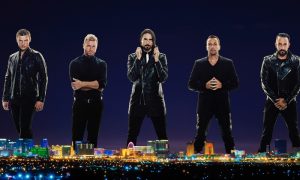 Backstreet Boys: Larger Than Life –Zappos Theater at Planet Hollywood- We all know these talented boys from the past, now they’re back on tour.  With seven consecutive albums debuting in Billboards Top 10, it’s sure to be a great show. (August 1–November 16) Groupon deal tickets starting at $89. Promotional value expires Nov 17, 2018. Limit 9/person. 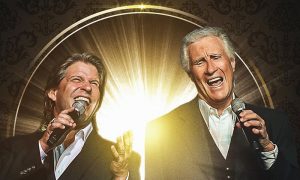 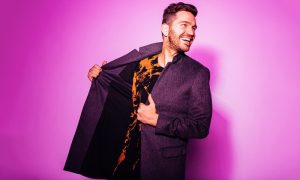 Andy Grammer – The Good Parts Tour- House of Blues Las Vegas- November 6 at 7 p.m.- He became the first male pop star in a decade since John Mayer to place in the Top 10 of the adult-pop radio charts. Since then, the singer has produced six gold-certified or better anthemic pop hits, including the Billboard Top 10 hit “Honey, I’m Good.” Groupon deal tickets starting at $24.  Promotional value expires Nov 7, 2018. Limit 8/person.

Don’t miss these discount tickets on Groupon, they’ll make great gifts or date nights.  Check out these other posts for fun and cheap things to do in Vegas:

Upcoming Shows at the Smith Center

Discount movies at Cinemark on Tuesdays